Your'e probably familiar with the story of Esther, the girl who became

Queen. However have you Beloved's, ever pause to meditate on the Faith she exercised in the ELOHIM of her people's?

Have you ever observed the bravery, self lessness and the confidence she demonstrated?

when her and her people the YAHUDI's were in danger. This wicked

person. She would need to do the unthinkable...

Go before the King without being summoned. And that penalty was death.

However to the one whom the King stretched his secpter to, this one found

favor and would live.

Having received word from her uncle Mordecai, who raised Esther as his own

daughter..."regarding not holding her peace in this evil matter, as if she kep silent

Salvation for the YAHUDI's would come from elsewhere, however her and her people

would perish and who knew if she came to the Kingdom for such a time as this?"

Have you ever been in that situation?

Where you knew or felt you were place where you were for a specific reason?

Are you in that similar situation now?

the situation we can resolve to do like Queen Esther suggested her people's to do. 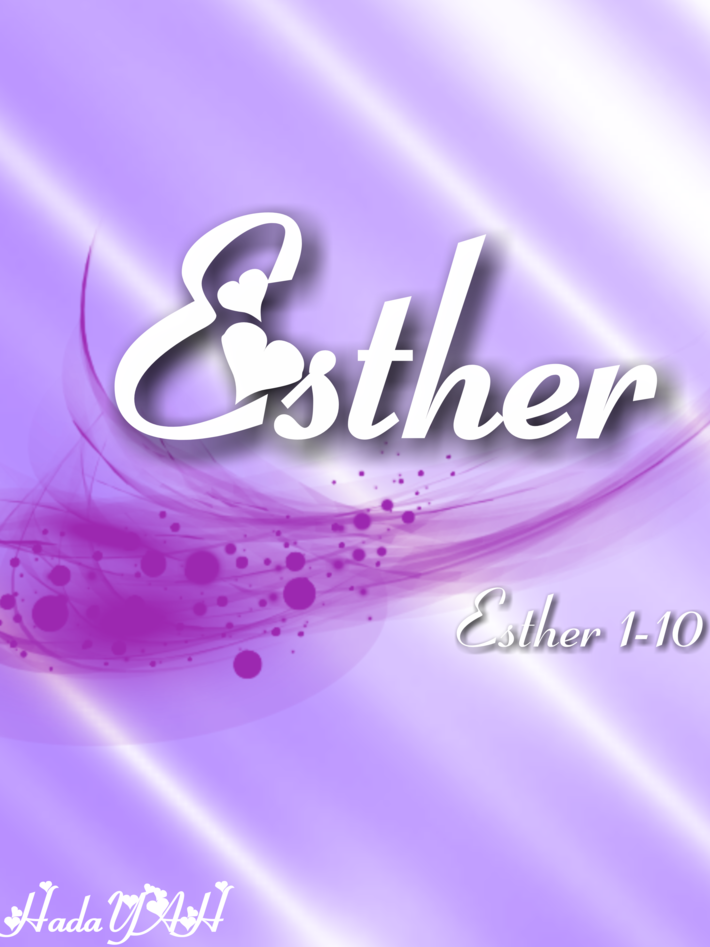 They were to abstain from food or drink.

WOW! Some Faith! She was willing to die for her people! (

Put me in mind of one YAHUSHA HAMASCHIACH who

did just that! Died to save HIS people.)

So She Fasted and Prayed...

She made supplication to her ELOHIM for her and her people.

It does'nt list that in detail however when we fast...

praying and making supplications goes hand in hand with fasting.

I could only imagine Esther pouring out her heart, beseeching YAHUAH

for her and her people's lives and to let justice be served.

I too fasted and prayed for a recent Trial I had that was over 20 years old.

Even though it was that long, I did not place my hope, trust or my confidence in man.

I presented my prayers and supplications with fasting before the most

HE answered me and delievered me and gave me the Victory!! (I was so happy that day!) :-)

Beloved's we all from one time or another have Trials that comes up and we sometimes wonder,

How can we overcome?

Be encouraged Beloved, like Queen Esther and so many other faithful sisters you too can...

Fast, pray and gain the Victory!

And if you have fasted and prayed and are yet to gain the Victory, don't lose hope.

Stay the course and continue crying out to the ONE who can...

Change your Trials into Victories in the "blink of an eye."

I love the fact that:

When she went in to see her earthly King...he stretched out his scepter to her...how much weight

must've fell off her shoulders at that time, as she was indeed carrying the burden of her people's grief.

At the same time, she must've smelt the sweet smell of victory and meantime in her heart praising the

Most High. (this is my specualation as this is a common response when we have prayed, hoped and

King Xerxes, gave his Queen her request...and the desires of her heart.

Which were to spare her life and her people's lives.

family reaped the wickedness they sowed.

I encourage you to read the entire Book of Esther, my Beloved's if you have not done so before.

to your personal walk with our Messiah YAHUSHA.

Victory is our's because of HIS atoning sacrifice, however we have to overcome in this life living

a life of Faith in HIM and Keeping YAHUAH's Commands.

We can have the Victory Sister's in our day to day Trials..."May we remember that some demons

"I pray this Blog Post on Women of Faith |Part One |Esther have been a Blessing to you.

Do you have a Trial to share that you fasted and prayed about and you overcame by the Blood of the LAMB?

We would love to hear from you...can share briefly or however much you desire to share in the comments below."

P.S "Thank you for stopping by. As a Thank You for reading and commenting and liking my Blog Post today,

on Women of Faith|Part One|Esther, I would love to send you a Complimentary Vacation to Orlando Fl for

P.P.S "If you do not yet know YAHUSHA as Messiah please send me a message, I would love to share HIM

with you. Afterall, HE came to seek that which was lost. Thanks again for stopping by...be sure to join us in

sharing, edifying the women of the Almighty YAH!"